Culture Shock DC (CSDC) is a nonprofit hip hop dance company based in Washington DC. While the DC branch has been around for a little over 10 years now, the international Culture Shock organization has been around for over 20 years and has troupes in LA, Las Vegas, Toronto, and Ottowa just to name a few. It is an incredible organization that creates a family and support system for dancers of all ages. I was fortunate to have been part of the main CSDC company for 3 seasons, ending in spring 2015.

The East Coast Dance Competition (ECDC) is something that CSDC brought back this season. When it was first started it was a competition, then it turned into a concert, then took a break after the year I joined. So it was really exciting when people heard it was coming back as a competition, and all the teams brought it and showed how incredible the dance community is in the DMV.

The show was incredible and the dancing was hot but man the lighting was terrible! This was by far the most challenging concert situation I've been in so far. It was during the show (versus during tech so I couldn't move around a lot), the stage was raised so I had to crouch the entire time, one of the videographers was dead center at the foot of the stage where I had planned to be so I had to be off on the side, and for some reason the lighting designer decided it would be cool to have half the show in flashing strobes or super low moody light.

Hip hop is probably one of the hardest dance forms to capture because everything is so quick, and especially in a competition setting you don't want to "telegraph" your movement so every moment can be as impactful as possible and a surprise. In modern I'll at least see a bend in the knees, or I'll see a lean that might mean there's a run coming up but you'll almost never see that in hip hop. That means my shutter speed has to be at around 1/200th the whole time, maybe 1/100th if it's a slower song. I was shooting with my aperture wide open at f3.5 on my 18-135mm lens and I STILL had to bump my ISO to 6400 to get anything usable! That's the highest my camera will go to and I winced a little when I did that but I figured better to have grain then nothing at all.

For the people who just read that and had no idea what those terms and numbers mean basically the lighting was super dark and I apologize for the mini rant, but man was it frustrating! This was definitely a valuable learning experience though, both in conducting myself as an events photographer and shooting fast motion in low light. I currently do a semi "spray and pray" method where I'll hold the shutter down when I see something happening, and that'll happen in small spurts throughout the show. It's worked so far but the problem with doing that for a 2 hour show is I ended up with almost 2000 pictures that I then need to edit. Definitely need to look at my shooting methods, but at least I recognize the problem! I'll be releasing the full album on my facebook page in the next day or so. In the mean time enjoy a few previews.

Any photographers out there have any advice or tips for low light or concert photography? I imagine similar problems come up with bands and music concerts.

When You Nail the Perfect Sunflare Shot | Graduation Shoot with Gabriella

The Weeping Philosophers: untitled homage to my twenties in new york city

The Weeping Philosophers: My Life Has Been Like Water 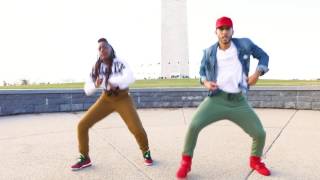